About The Project
Daring to redefine cool.

Staying cool is always a necessity in our part of the world, and KDK, a household brand with over 100 years of history, makes sure it stays that way. We were tasked to conceptualise a campaign with KDK’s range of ceiling fans for new homeowners. Benefits of having a cool, safe and comfortable home were highlighted, making it more appealing to its target audience. We want KDK electric fans to be the fan of choice for young families across the island. 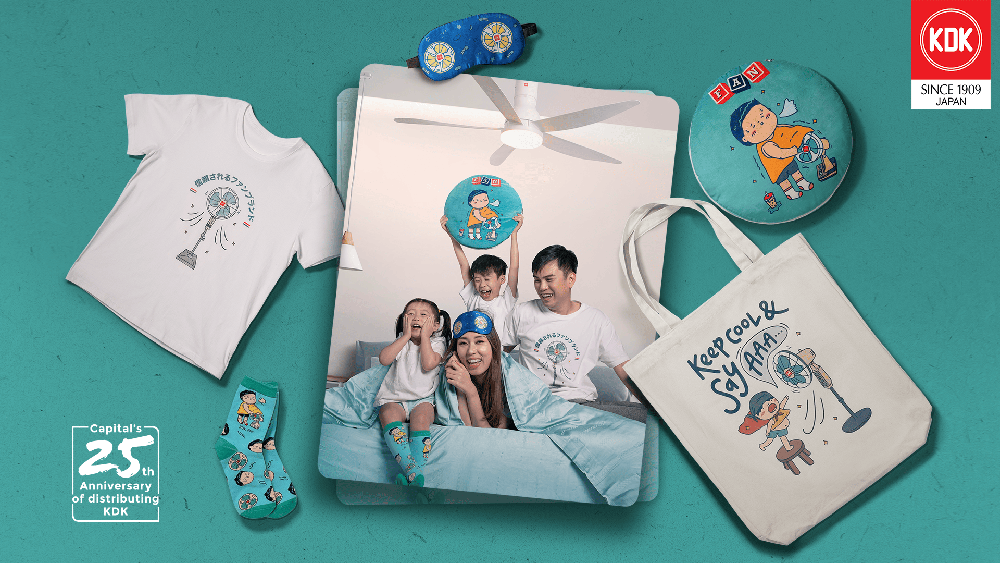 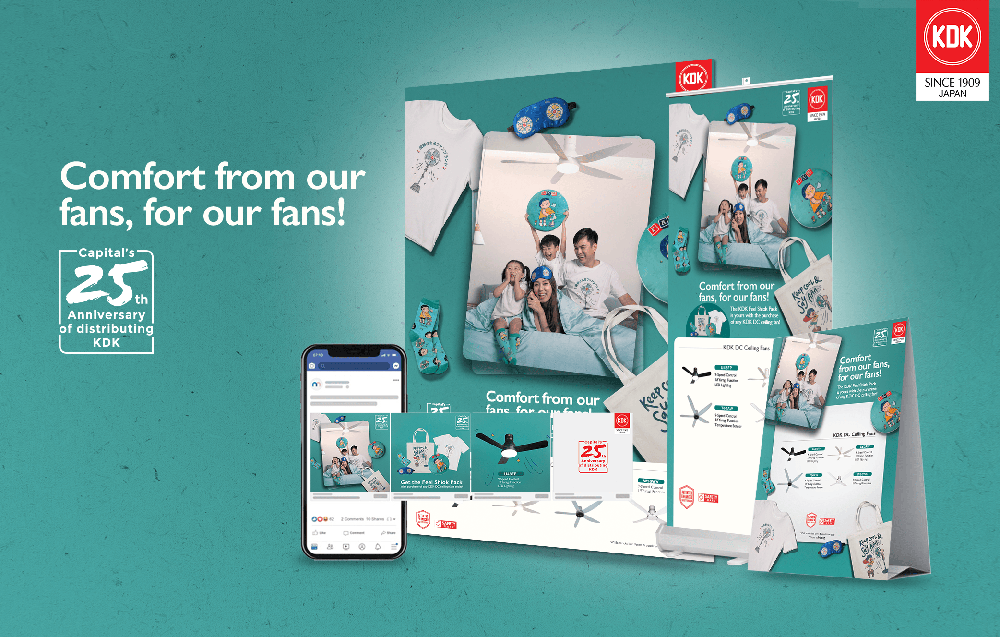 To boost its brand image, we also worked on the 25th Anniversary of Capital Distributor local distributorship of KDK fans which included a series of behind-the-scenes videos produced for social media.